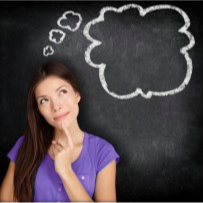 Are you confused with all of the buzz-words that surround Social Media and Social Networking? Don’t know your podcasting from your vodcasting?

Ever wondered the meaning of Search Engine Optimisation? And what exactly is a vlog? Or blogging? Or the blogosphere?

Fret no more! Here for the first time, in my wonderfully simplified Social Media Glossary are my definitions for all the latest social media buzzwords doing their rounds.

Did I miss something?  CLICK HERE to tell me about the missing social media term and I’ll add it.

The process of buying or selling products via the web.

The use of ICT to conduct political processes.

The utilisation of ICT to conduct the business of government.

The literal translation is “tired ears.” Ear Fatigue is not really a clinically recognised state, but audio professionals have been referring to it for years. It’s caused by a combination of TTS (Temporary Threshold Shift) and general fatigue. The condition we call ear fatigue usually occurs after many hours of listening to- or working with audio, especially when working at relatively high SPL’s. It causes us to not hear the sound in the same way we do when we are fresh. Suffice it to say that making critical audio decisions while in a fatigued state is not advised and generally results in doing the work over again.

Electronic mail is messages transmitted over the Internet. These may be simply text, or accompanied by attachments like documents, images or other content.

Important networking tools offering the facility to “starburst” a message from a central post-box to any number of subscribers, and for them to respond. Lists usually offer a facility for reading and replying through a web page – so they can also operate like forums. This web page may offer an RSS feed – so joining up old and new tools. However, there is something of a divide between blog-based conversations and those on lists and forums because the former are dispersed across a network, and the latter don’t usually allow tagging or such easy linking.

Also known as smilies, they are keyboard characters used in combination to produce whimsical symbols representing a range of emotions. Examples are happy 🙂 and sad 🙁 . Emoticons are used in electronic communication to show humor and express emotions that are difficult to communicate in a text-based environment. For a comprehensive list of emoticons, follow this link: http://en.wikipedia.org/wiki/List_of_emoticons

An addition to RSS that allows multimedia files (such as those used in podcasts) to be included along with each item in an RSS file.

Used to describe people meeting offline. While social media may reduce the need to meet, direct contact gives far more clues, quickly, about a person than you can get online. Online interaction is likely to be richer after f2f meetings.

Someone who helps people in an online group or forum manage their conversations. They may help agree a set of rules, draw out topics for discussion, gently keep people on topic, and summarise. See also roles.

The means by which you can read, view or listen to items from blogs and other RSS-enabled sites without visiting the site, by subscribing and using an aggregator or newsreader. Feeds contain the content of an item and any associated tags without the design or structure of a web page.

A fake blog, frequently created by an agency to look as if it were created by consumers. These are often outed by vigilant bloggers who dislike the practice.

Described by some as the “virtual mind of humanity” it represents the dynamic sum of the accumulated intelligence existing and interacting online.

A Discussion area on websites, where people can post messages or comment on existing messages asynchronously – that is, independently of time or place. Chat is the synchronous equivalent. Before blogs developed, email lists and forums were the main means of conversing online. Forum discussions happen in one place, and so can be managed and facilitated in ways that blog conversations can’t because these are happening in many different places controlled by their authors.

On social networking sites, friends are contacts whose profile you link to in your profile. On some sites people have to accept the link, in others, not.

A method for people to acknowledge relationships in social networks, allowing them to chat with each other, manage invitations, share widgets and find other friends. Friending is the terminology Facebook and My Space use when you invite someone into your network.

A neutral term describing a podcast that has a lot of content (meat) to offer but suffers from organisational issues, like jumping around from topic to topic.

A social trend where people use technologies to network, socialize and obtain products and services from companies. These technologies include blogs, social networks and communities, and wikis, to name a few.

Collections of individuals with some sense of unity through their activities, interests or values. They are bounded: you are in a group, or not. They differ in this from networks, which are dispersed, and defined by nodes and connections. Email lists and forums sit easily with bounded groups, blogs with networks – although the match with tools is not entirely clear-cut. A group may use a blog, and an email list may serve a network.

Someone invited to participate in a podcast because of their point-of-view, expertise or experience. Often times, guests provide testimonials or experiential stories. Guests may also be representatives of a sponsor.